The Best Film Camera Kit You Can Buy for Under $200

I saw a great article over on Japan Camera Hunter the other day about the best film cameras you can buy for under $79. I love the level of detail and care that Bellamy put into his guide, but I thought it would be fun to take it one step further: a complete camera kit with a body, lens, a roll of black and white and color film, and film developing for $200 or less.

Maybe you've been shooting digital for a while, and want to make a jump into film, or perhaps you're looking for an awesome Christmas present for the avid photographer in your life. I know that I would've been delighted a couple years back to receive a film camera with everything I needed to start shooting immediately.

In order to get started with film photography, you'll need a handful of pieces of gear: a camera body, a lens, possibly a battery, and a roll of film. I'll talk about each in turn, and give you some thoughts on what you may want to consider buying.

Film is a very personal choice, and there's really no right answer about which type of film to use. If you already have an opinion on film, feel free to ignore everything I write about it. The suggestions in the guide below are meant for people who're interested in dipping a toe into the film world, but don't know where to start.

Kodak Tri-X 400 was the film of choice for photojournalists for decades. It's a relatively fast, very forgiving black and white film with beautiful grain. It has a wide exposure latitude, meaning that you can easily underexpose it by two stops or overexpose by a stop, and still get fantastic photos from it. Normally, I like to overexpose it by a stop (i.e. shoot it at ISO 200), as I did in the photo below. You can see plenty of other examples of what Tri-X 400 can look like at the page for it here on this site. 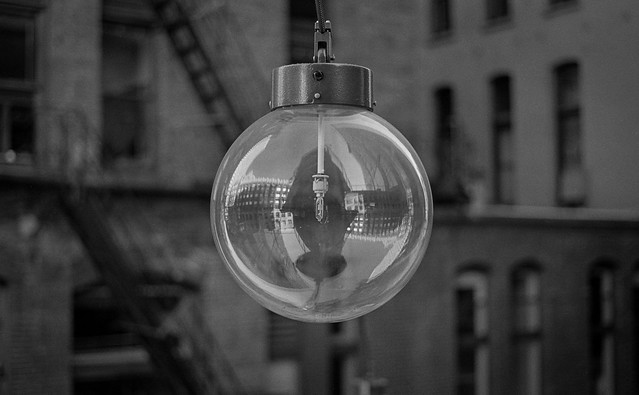 Kodak Ektar 100 is a very fine grained, medium speed color film. Because it uses the C-41 process for developing, you can take it to just about any photo lab—or even the drugstore—for development. That said, I strongly recommend against ever using a drugstore photo lab, or anything similar. The risk of damage to your negatives is too high.

Although it's not a slide film, Ektar produces really spectacular image detail, and gloriously saturated colors. 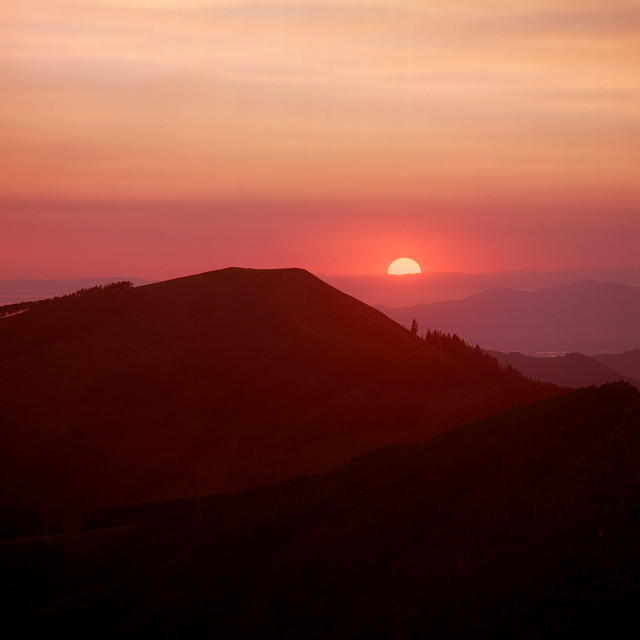 I almost always walk around with a 50mm prime lens attached to my camera. On a 35mm camera, 50mm lenses are referred to as "normal" lenses, which means that they show you a scene that is roughly the same as what a human eye will see on its own. The black and white photo of mine above was made with a 50mm lens.

Prime lenses are lenses that can't zoom in and out. This may sound like a disadvantage, but it's actually a fantastic thing for five reasons:

There are lots of fantastic, high quality, older film camera bodies out there that can be had for $100 or less. I'll admit that I'm something of a snob, and my two primary film cameras cost a wee bit more than $100, but if you're just getting started in film photography, I'd strongly recommend against spending the money on a Leica or a Hasselblad until you know you're ready to really commit to the medium. Instead, I'd recommend that you purchase what is arguably the first 'modern' SLR camera.

The Canon A-1 was manufactured from 1978 to 1985, and is notable for being the first SLR camera to feature what's known as an electronically-controlled program mode, where the camera selects both the aperture and shutter speed for you based upon the circumstances. Even better, the A-1 was (and is) compatible with the huge number of lenses Canon produced with the FD mount. Canon discontinued the FD lens mount in 1992, but you can still find a ton of lenses compatible with this camera for—relatively speaking—almost nothing.

If you decide to go with the A-1, here's what I'd recommend buying:

Which comes to a grand total of $162.83 before tax and shipping. If you want to cut back to save a little money, I'd recommend ditching the color film, which will save you $16.69 including developing fees.